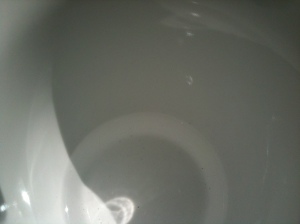 “In Iowa, in Nebraska, in New Mexico, New Zealand … and I was locked in a cupboard in Haiti”.  Over the course of his thirty-five year career, Parker Banning, the controversial photographer, has been arrested or imprisoned in seven US states and four European countries, he has been through innumerable court cases, scores of aggressive editorials, and has (that he knows of) eleven children (“in nine states!”).

He is, by his own admission, an alcoholic (“unrecovered and unreconstructed”) and an habitual slapper of women (including his second, third and fourth wives) and – by the views of the academy – one of the most important photographers of the post-war era.

His drawl, a Groton/Yale sound, rings around the ‘Coach and Horses’ in Soho.  By the time I arrived to meet him for the interview, he has clearly been drinking for quite a bit of time already (“I got started without you”, he laughs).  He gestures airily around the pub – “I would come here in the fifties,” he announces, “they have my picture on the wall”.  He points at a picture (which, it turns out, is of Peter O’Toole).

This entry was posted in Art and tagged Art, Parker Banning, Sam Jansen, The New Modern. Bookmark the permalink.